Engaging the Academy: the Next Frontier?


These are timely questions, as a growing number of discussions on the role of academic staff in the internationalisation of higher education point to a turning tide in attitudes and awareness.

A report on ‘Leadership Needs in International Higher Education in Australia and Europe’ was published in January 2014 by IEAA and the European Association for International Education (EAIE). Among its findings, the report identifies the effective engagement of academic staff in the process of internationalisation as a key challenge. For Australia, the report also highlights an opportunity to support increased international engagement by Australian university researchers.

At IEAA’s International Research Roundtable in October 2013, participants also agreed that not enough is currently known about how to enhance the international engagement of academic researchers and research students. And both of these calls were echoed by Dennis Murray, IEAA Research Director, in a recent blog post for the LH Martin Institute, where he highlights the attitudes of academic staff towards internationalisation as a particular problem.

The words “international” (217 counts), “education” (141 counts) and “student” (109 counts) all feature over 100 times. The terms “global” and “internationalisation” also rate highly with 85 and 60 counts respectively.

So, what does this limited focus on the role of academic staff in the major international education conferences tell us? And, more practically, where can we look for examples of good practice in terms of engaging faculty staff on our campuses?

Leading on from these and other early guidelines, the American Council on Education (ACE) established its ‘Mapping Internationalization on US Campuses’ Project in 2001 and has since run three surveys designed to assess the state of internationalisation at US institutions. Conducted in 2001, 2006 and 2011, these surveys have included a series of questions on faculty policies and practices. The most recent results paint a mixed picture of institutional commitment to faculty engagement over the past decade. For example, while the percentage of institutions funding international programs and activities for faculty has grown over the life of the survey, it shrank between 2006 and 2011.

In Australia, we do not have the same rich data on which to draw. Yet there is evidently a growing recognition that it might be important to learn more. In its suggestions for future action, the 2014 IEAA-EAIE Leadership Needs report calls for additional research into good practice in faculty engagement with internationalisation, as well as into the attitudes of academic staff towards greater engagement in internationalisation.

Coming back to the seeming absence of academic staff from the agendas of the major international education conferences, it is not clear what this tells us. Have they been overlooked? Or are they so embedded and central to the endeavour that they fly under the radar? Hopefully, a commitment to further research by the major associations will make that clearer over time. 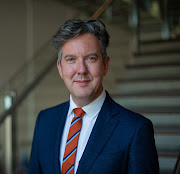